Some friends of ours in the adoption world have two beautiful children adopted from China.  They decided to go eat Chinese food last night (we did too - Mongolian Beef - YUM!).  They bumped into an acquaintance, who was obviously not too familiar with their family dynamics.  This person they bumped in to said to my friends that he was here to 'get slant-eyed' then asked 'should I have the dog or the cat?'  Obviously the adopted children were not in sight or, hopefully, this man would have held his tongue.  I'm not sure what the parents said, but I'm pretty sure they wanted to punch him in the nose a few times.  Once this person realized what he had said and who he had said it to they could see that he realized his mistake.  Thankfully, the children were not within earshot of this person's insensitive comments.
Just thought I'd share because it has been on my mind.  We go through some training and read articles and books on how to handle things like this.  I wonder what will come out of my mouth?  Hopefully whatever it is it will have love in it and be a good example for our beautiful daughter and all of our children.  But I'm not making any promises :), you know how I get sometimes and there's that whole 'Momma Bear' thing!
Posted by Lori at 7:29 AM 4 comments:

We went from this: 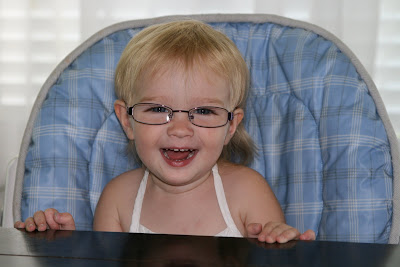 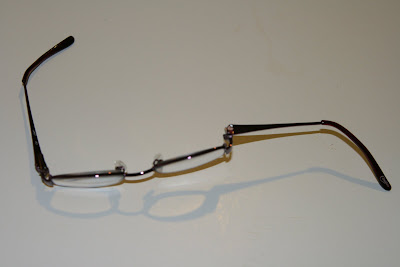 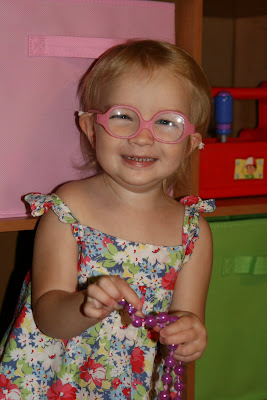 Well, the first pair did not withstand the hands of an almost 2 year old. We were trying to go for fashionable and inexpensive and had to go with pricey and indestructable. Hopefully she'll get used to them and then we can go with the dainty little metal frames. At least the girl that's wearing them is cute as can be! 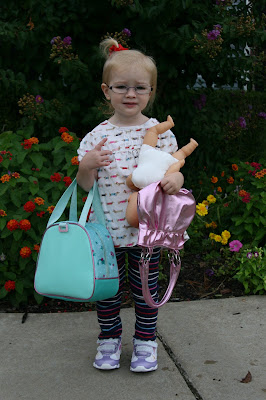 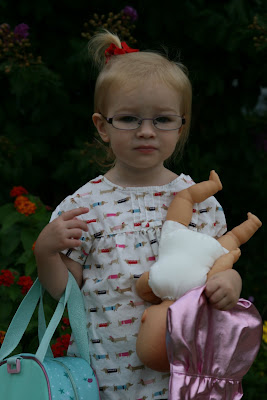 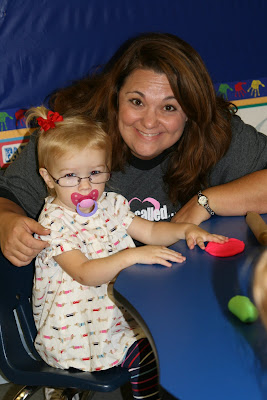 Carlie started preschool today! She goes just two days a week where Nicole and Ethan went. Her teacher is Miss Angela, Carlie calls her, "Onlala." Carlie had a great day and didn't even cry! She even went potty - she may be the first McMurphy potty trained before they are 2! When I dropped her off she had her pacifier (passy) in her mouth and I told the teacher that she did not need 'this' all day. Carlie just pulled her plug out and handed it right to me. She even left her glasses on quite a bit. Now, what is mommy going to do all day? Well, today I spent at home with Ethan because he was recovering from a little bug. Maybe next Monday I will go shopping or something!