I received an email today that we now have an LID date of December 11, 2006! The clock has officially started to tick as far as the CCAA goes and we are in line behind everyone before us :)!
Lots of things are happening in the China adoption world. The CCAA has made some pretty big changes effective May 1, 2007. The changes would not affect us even if we were logged in after May 1, 2007, but quite a few people are reevaluating their choices of China because they do not meet the new requirements.
We are currently in Woodward with James and Sue (Lyndal's parents). His brother, Mike, his wife, Michelle, and his family and their two kiddos, Nathan and Brooke, are also here. The kids have had a ball playing. The adults have enjoyed movies, eating, and shopping!

A Few Pictures of the Kids 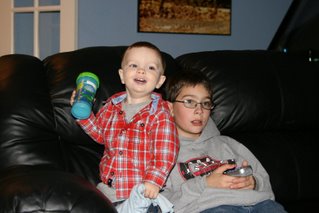 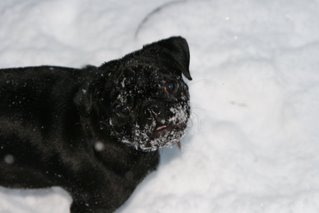 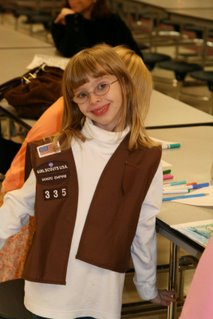 Conner and Ethan bonding. Jasmine loved the snow we had a couple of weeks ago. Nicci joined Brownies this year!

Nothing like a blog Christmas card, right? Well, this way you at least know where to come for updates on our adoption process and other things going on with us.
We did receive word that the Chinese Center of Adoption Affairs is probably not going to speed up anytime soon. Right now the wait is about 15 months. They just matched families with babies who had an LID of Sept. 8, 2005, and have reviewed adoption documents with an LID of Jan. 31, 2006. We were DTC on Nov. 7, 2006 and do not have an LID yet. Patience, I really need to quit asking God for more of it.
Conner is almost 10, very tall, and just the best kid. He's funny, smart, and clever. Right now he really likes Scouts, especially camping. We just started basketball season. It's so fun to watch the games now because the boys are really getting into it. It's not as nerve wracking as it used to be when they were younger. Of course, the kid loves video games like his father. On December 10 we had our Christmas program at church and Conner was one of the stage hands which was exactly what he wanted! He did a great job and took it very seriously. He loves church and all his friends there.
Nicole/Nicci/Zoe is going to be 7 on Dec. 22! She's a girly girl and has such an "Other's First" attitude. When I asked her who she wanted to invite to her little birthday party she made sure and asked some boys so Conner wouldn't feel left out. She just started Brownies (DO NOT ORDER COOKIES FROM ANYONE BUT NICOLE AND HER MOTHER!) and we love it! It reminds me of Camp Fire Girls when I was younger. She can't wait to go camping.
Ethan will be 19 months on Dec. 25. He is quite the kid! He's so funny and just a sponge. Some of his most used and favorite words are "mine!" "NO!" "More?""Bite?""Guy?(drink - don't ask me), and "Puppy!" He's a traveling man, too! We really have to watch this kid because he will escape if given the chance or he'll climb on things. He's keeping me young (I'm only 29 anyway, right?).
Avery is somewhere in China, maybe not even born yet. We pray for her birth mother and birth father everyday. Without them we wouldn't have a daughter. She's already so precious to us and we are so excited to get ahold of her.

Merry Christmas!
The McMurphy's
Posted by Lori at 12:54 PM No comments: