Nicole Got Her Ears Pierced! 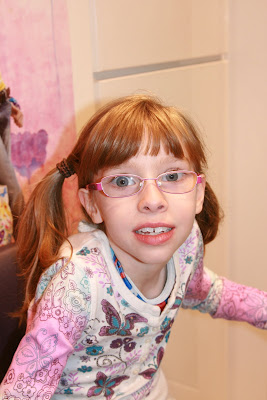 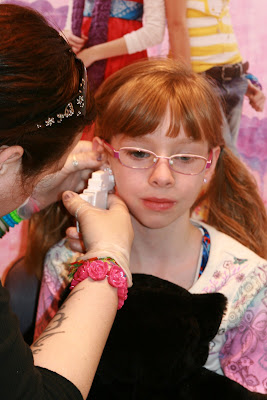 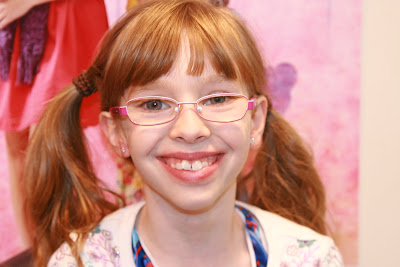 Nicole has NOT wanted to get her ears pierced at all. She kept saying that she would do it when she became a teenager or when she got married. She was afraid it would really hurt. We've been talking about this for a very long time and finally I just said that I was going to take her to Clair*'s and we were going to have it done. I think she was kind of relieved that I took charge because she just weakly said 'ok.' She was a little nervous, especially when the girl doing it said that since she was the only one in the store that she could only do one ear at a time. I thought "Oh no, we are going to leave here with one ear pierced." But the girl was really fast and Nicole didn't even cry! She was very surprised that it didn't hurt that bad at all!

So, after the piercing of the ears we did a tiny bit of earring shopping. I had two rules: no hoops and nothing large and dangly. Let me just say that my daughter has very interesting taste in earrings. Every time she would show me something she liked I was so shocked. I thought to myself, "This is what my mother must've felt like shopping with me! My poor mother!" I learned to just not show her anything that I liked and politely veto a lot of her choices (even though I stated my rules, she still wanted things large and dangly with neon things hanging off of them). This is going to be fun isn't it? 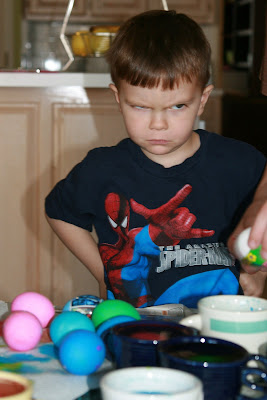 This little guy . . . He is just so spicy! He is sitting here telling me how to kill a bear: with a tomahop and Sketch*rs. He asks a lot of questions, a lot of them. Sometimes I have to tell him just to chill a bit so I can think of my answers because he's already asking a new question and I haven't answered the last one. I have discovered that sometimes when he does ask a question he's not always looking for the right answer. We were at the zoo the other day and the train was broken. Well, he wanted to know how the train "got broke." I told him I wasn't sure, maybe the engine was tired - some logical answer. He said, "maybe the bats did it!" It occurred to me that he wants me to make up a story about why the train was broken. So, I told him that maybe the monkeys did it! I went into this mildly elaborate story about how the monkeys broke out of their cage at night and took some parts out of the train. He giggled and skipped away. Yesterday he told this story about how Carlie's eyes ponked out of her head at GaGa's house. I asked him how they got back in and he said that he pushed them back in her head 'like this' then put a band-aid on it to keep them from ponking out again. Carlie was crying in the van yesterday and he said, "Aw Carlie are you OK? Did your eye ponk out again?"
By the way, we are done with our swimming suit obsession. It is now Spiderman - t-shirts, underwear, socks, pajamas, tennis shoes. Some of you may be thinking "who's in charge here?" We are definitely in charge, I just let him make some of the decisions in a controlled environment :)!

Who Else But HIM?

My Bible study has recently started "The Patriarchs" by Beth Moore.  It is so very good and I am learning a lot about Abraham, Sarah, Hagar, Lot, and soon I will be studying about Isaac and Jacob.  One of our lessons was how Hagar had given God a name:  He sees or El Roi.  I was so comforted by that!  HE sees ME, HE sees AVERY!  He sees each one of us as if we were His only child.  OH!  That really blessed me that morning (and still does)!
A fellow adoptive mom of mine was "next" to get her referral from China.  Her family had been waiting for a little over THREE YEARS to finally see the face of her daughter - that is a long time to be pregnant!  It was supposed to be any day for her to find out the name of their daughter, what province she was from, and birthdate.  So, I shared with her what I had learned from my study, that God SEES us.  He knows exactly what she's going through, He knows right where her daughter is.  HE KNOWS!  Later that day she sent me a text message.  She had gotten her referral and her daughter's Chinese name is "Cen Si Ya."  Do you see it there?  It looks like it should say "Can See Ya." (Although the 'c' is a soft 'c').  Is that not confirmation that He does see us?!
Wait . . . it gets better . . .
My adoptive mom friend and her family have named their daughter Jessa Elizabeth SiYa.  They have a website where she is posting her daughter's name and their travels, etc. as they go through their adoption.  On this website there's a place where you can "sign" their guestbook.  A friend of hers, whom I do not know, signed the guestbook and wrote that she had looked up what Jessa means.  It means . . . are you sitting down?  In Hebrew Jessa means "He sees!"
Are you just blown away!  Isn't that amazing?!  ONLY GOD!
Posted by Lori at 10:33 PM No comments: 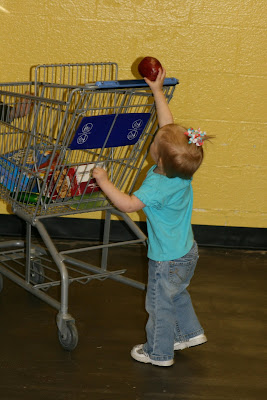 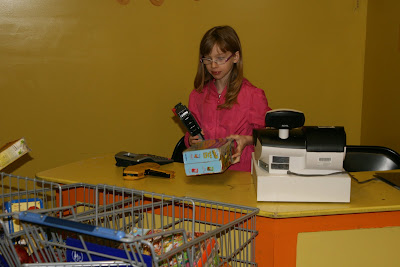 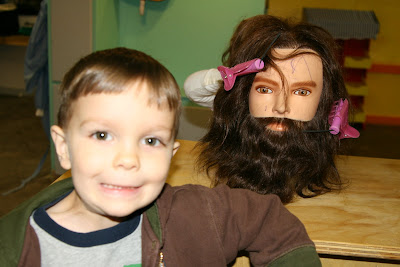 The kids were out of school this past Friday for Good Friday (OK, the public school doesn't actually call it that, but we all know what they mean, right?) so we went to the Tulsa Children's Museum. The kids had a lot of fun pretending to be shopping for groceries, ringing up groceries, being a hairdresser, a chef, a waitress, and on stage! See Ethan's creation there on the bottom? Hmmmm . . . 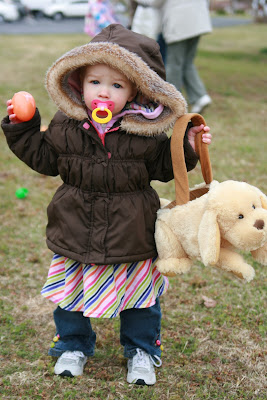 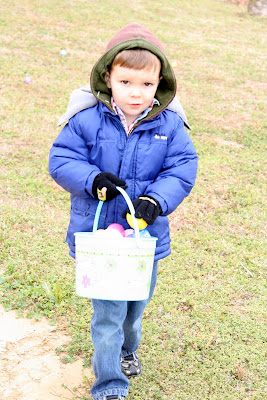 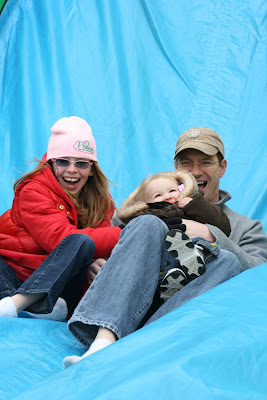 Have you ever worn gloves, a winter coat, and a stocking cap to an Easter Egg hunt? Well, we can now say that we have! Our church egg hunt was on a VERY cold, but VERY fun day. The attendance probably wasn't what we had hoped, but considering the weather we had a pretty good turnout! There was music by our music ministry, refreshments by our student ministry, and an egg hunt for the kiddos. We had a lot of fun!

So What Does This Mean? 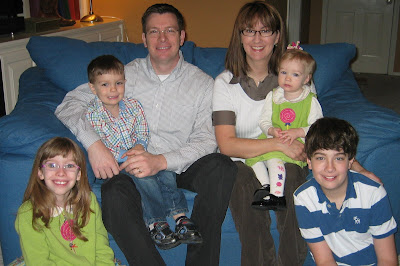 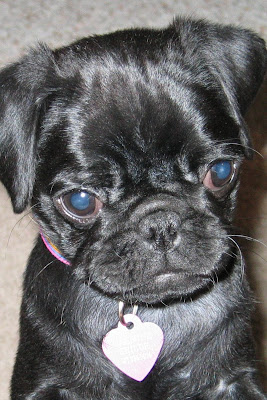 Now that we are in the Special Needs program we wait, but not near as long. Instead of the CC%A matching us Dillon, our adoption agency will. They will look at the SN database and filter according to what we filled out on our checklist, gender, and birthdate. Then they call us saying they have a potential match for us. We have 48 hours to accept or deny that match. In that 48 hours we have to do some paperwork and meet with a physician to go over her special need. It is going to be a fast and furious 2 days! Every month the CC@A adds new children to the special needs database. Our family has to have a baby that is born on Oct. 1, 2008 or after because there has to be at least one year's difference between Carlie's birthday and Avery's.

We tried to squeeze an idea of how much longer from our social worker, but she was very cautious and didn't give us any ideas of when she might be able to match us. Patience - AGAIN!