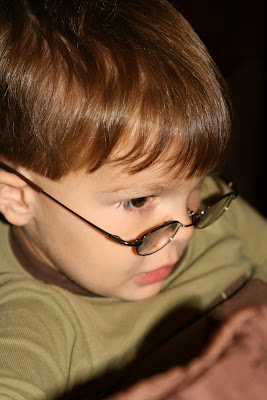 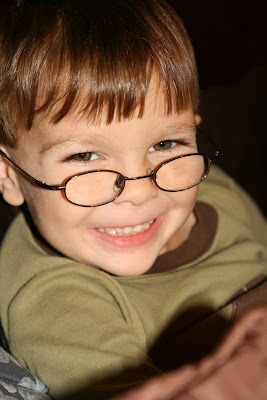 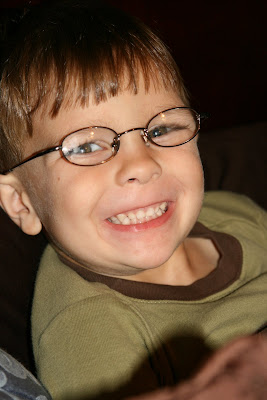 Well, I thought at least one of us would be clear. Apparently, I was wrong (ain't the first time). He's four and he needs glasses pretty bad. Not once in his beautiful four years has he ever complained or seemed to have difficulty seeing, but a trip to the ophthalmologist changed that. He's wearing them fairly good today, at least they are on his face even though they are hanging down on his nose most of the time.

awwwww!! He looks so cute!! I love his glasses...he looks so much like Lyndal now! Does he like them??