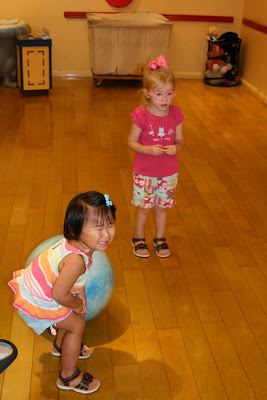 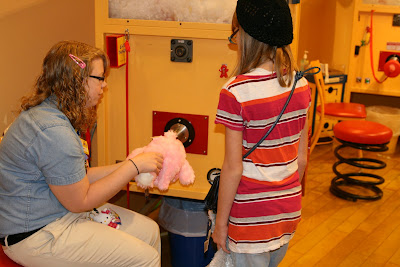 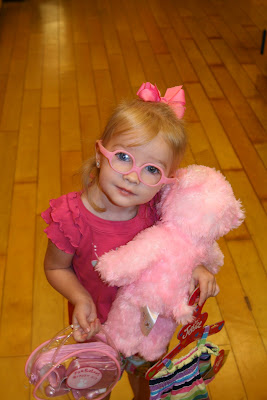 I love my blog, I really do! But, well, with 5 kids and a husband who travels a lot, there's just not much time. Well, today, I AM MAKING TIME! I brought the little kitchen play set and the play food and dishes downstairs so the little girls could play and get caught up on Blue's Clues and Ni-Hao! Kai Lan. They thought I had bought them a whole new toy! The squeals from them were so cute! Now, back to blogging . . .

Avery turned TWO (AR in Chinese:) on Tuesday. We are making a week of it because, well, she got to spend her first birthday with her nannys and friends back in Baotou - and not with us! So, Monday I took the girls (and later Ethan, because he pouted and because he's so darn cute) to Build-a-Bear. Avery still gets scared at some new places, especially where there's loud sounds, and this was one of those places. I mostly had to hold her while her bear was being made for her, but once we moved away from the stuffing machine she was OK (but still clung to me). Carlie had never been either and she was all about it! She's such a little princess/girlie girl. She named her bear Trinida :). Nicole was an old pro at this and I had to limit her on the glamorous outfits she wanted for her kitty cat. I said "T-shirt only sweetheart. You have other clothes at home that you can dress her in, right?"