A Visitor from WAY Up North! 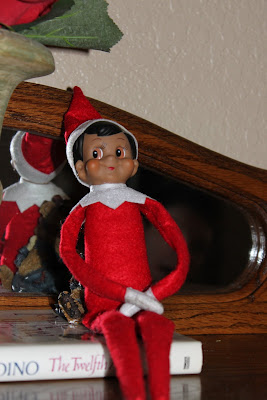 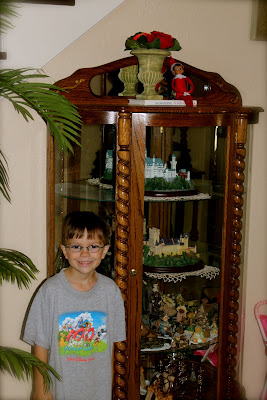 We have a friend at our house for about 6 weeks. He's hired help - FINALLY!! The kids named him Carson Crash or Car Crash for short. Nicci thinks he looks like our cousin Carson (he does), but Ethan wanted to call him Crash Bandicoot. We compromised. And Ethan has fallen for it hook, line, and stinker. He talks to Car Crash, waves to him, and writes him notes (has his sister write them for him).
One morning Car Crash hadn't moved to a new spot. Ethan was very upset. He said, "Mom! He lost his powers because you touched him yesterday!" I had to read online to see how to get his powers back ;). What I discovered was that if Ethan does three nice things for someone else then the elf would get his powers back - piece of cake! So, he got busy making a bowl of cereal for Avery, then feeding Jasmine, and making our bed. Just like that Car Crash had hopped to a new spot!
Why hadn't we thought of this earlier?
Posted by Lori at 3:01 PM

We're expecting our little elf (Caleb) to come back for a visit right after Thanksgiving. Hope he doesn't make too much of a mess this time!